Flamingos are one of the world’s most iconic avian species, and raising awareness of these unique birds is essential. Learn about lesser flamingo habitat, diet, breeding, and the threats facing these beautiful birds.

Lesser flamingos are the smallest flamingo species and the most abundant, with an estimated population of more than two million birds. Despite their high numbers, the lesser flamingo is Near Threatened (NT) in the 2018 IUCN Red List of Threatened Species.

They are currently experiencing a moderately rapid decline in numbers due to pollution and the potential loss of habitat and breeding sites from development. The lesser flamingo is one of the waterbirds covered by the Agreement on the Conservation of African-Eurasian Migratory Waterbirds, an organization founded to protect migratory species moving between Europe and Africa.

Located predominantly in sub-Saharan Africa, the highest numbers of lesser flamingos reside in eastern Africa. Kenya, Tanzania, and Ethiopia are home to the most substantial flocks, but they are found in the west and north of Africa. In addition, small populations occur as far north as southwest Asia in India and Pakistan. Although they are not migratory birds, lesser flamingos will move from one water body to another, usually responding to environmental pressures such as reduced food sources. Birds generally feed and often fly between locations at night or early morning.

Characteristics of the Lesser Flamingo

In contrast, greater flamingos have black eyes and narrower bills that are pale pink with a more distinct black tip. Their plumage is pink, accentuated by red covert wing feathers and black flight feathers visible when the birds take flight. Juvenile birds can be distinguished from adults by their grey plumage. 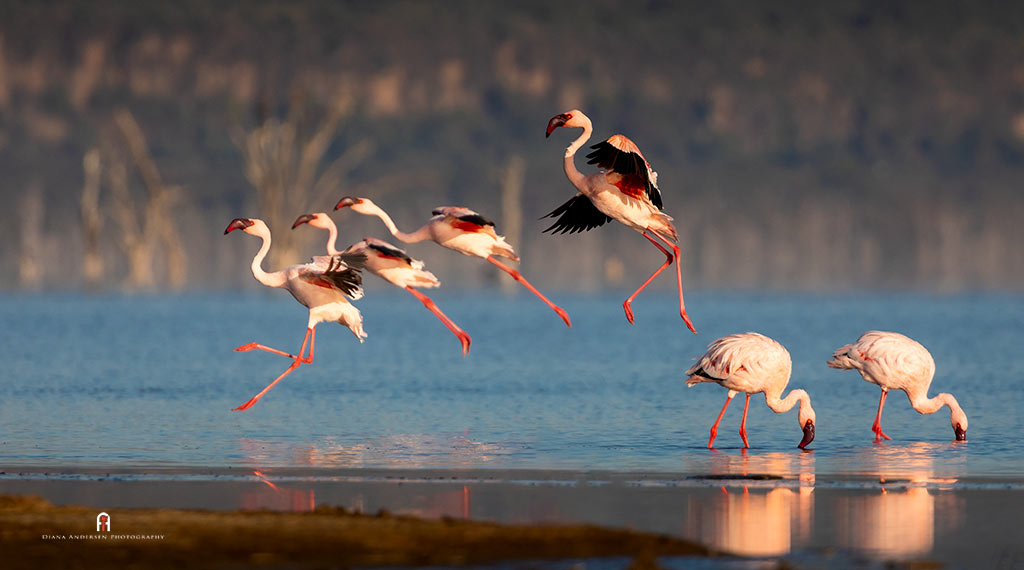 A group of lesser flamingos coming in to land on Lake Nakuru.

Diet and the Pink Flamingo 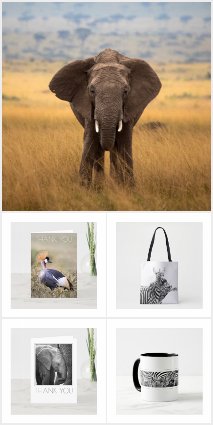 Caustic soda lakes are both habitat and the primary food source for all flamingo species. The birds feed on the blue-green algae and benthic diatoms found in the inhospitable alkaline waters of shallow lakes, estuaries, and salt pans. To a lesser extent, they will feed on small crustaceans and aquatic invertebrates stirred up with their feet while wading. They filter and extract food using their deep bill containing 10,000 stiff lamellae upside down in the water. Lamellae are plate-like structures that act like tiny filters to trap shrimp and other water creatures. The birds use their tongues to suck water in at the front of the bill and pump it out through the sides.

This unusual diet for an avian species is the cause of the pink colouring in flamingos. Their food source is rich in alpha and beta carotenoid pigments. These pigments, dissolved by fat during the digestive process, are deposited into the feathers and skin, resulting in pink or orange colouration. The pink colouration’s intensity reflects the quality of their diet and the amount of pigment ingested. In captivity, synthetic forms of these pigments are added to the lesser flamingo diet to prevent the birds from reverting to grey plumage. Parent flamingos feed a liquid diet to growing chicks referred to as ‘crop milk’ until they can feed themselves.

Breeding Habits of the Lesser Flamingo

Lesser flamingos can be six years of age before breeding. Courtship involves an impressive display where birds stretch their necks and extend their wings to flash their coloured feathers to attract a mate. Due to the inhospitable nature of their habitat, lesser flamingos are reasonably protected from predators while they are on the water. However, they are vulnerable to predators such as lions, cheetah, leopards, and jackals, so the birds build nests far offshore after seasonal rains provide the flooding required to isolate the nests. The nesting colonies can contain thousands of birds nesting alongside each other. The chicks remain vulnerable to attacks from birds of prey such as marabou storks and vultures.

Greater flamingo facts and information on habitat, diet and breeding. Largest of the flamingos, from Africa, Europe, Asia and the Middle East.

Cockatoos in Australia, also referred to as ‘cockies’ consist of several species. What type of bird species is an Australian cockatoo?
Read More

Greater flamingo facts and information on habitat, diet and breeding. Largest of the flamingos, from Africa, Europe, Asia and the Middle East.