The unique Pink and Grey Australian Galah is one of Australia’s most recognisable birds. Full of personality, Galahs are known for their comical and raucous behaviour. In colloquial language dating back to the 1930s, ‘Galah’ refers to acting the fool or being an idiot. Loved by many, the Galah is abundant in urban areas in many parts of Australia. However, it is considered a pest in rural areas due to crop damage.

The Galah (Eolophus roseicapilla) has three distinct subspecies associated with where they reside in Australia. Found in Western Australia, the nominate species (Eolophus roseicapilla roseicapilla), also known as (Eolophus r. assimilis), has a longer, fuller crest, deeper pink than its eastern states counterpart. In addition, the body is longer and a paler shade of grey with white skin around the eyes.  The Eastern subspecies (Eolophus r. albiceps) reside throughout the Eastern states. It has a more pallid shorter crest with a distinct split and reddish skin around the eyes. The Northern species (Eolophus r. kuhli) found across the north of the continent is smaller and paler in both crest and body.  Males have darker eyes than females, with Eastern birds being very dark. The iris of the hen varies from musk pink to orange-pink, with maturity at about four years. Juveniles often have pale grey feathering suffused throughout their pink plumage for the first year. However, this grey feathering disappears with their first moult. It may be difficult to tell whether a juvenile is male or female until the eyes begin to change, but in general, males have a heavier build and more bare skin around their eyes.

Galahs form strong pair bonds but will find a new mate if their partner is lost. They nest in tree hollows that they fill with Eucalyptus leaves. Pairs will also wipe the branches leading to the nest with leaves. Both parents share incubation duties, with the female taking the night shift. Four to six eggs a usually laid at two-day intervals, with incubation generally starting with the fourth egg. As a result, the first four chicks often hatch on the same day. Galah families remain together until the chicks wean, after which the parents sometimes raise a second brood. However, the mortality of chicks is very high at around 50% in the first six months. Families and individuals often form large flocks numbering up to 10,000 in rural areas. Smaller flocks and family groups are common in urban areas.

Other Names for the Australian Galah

Approximately 30 years in the wild, longer in captivity.

Images in this gallery are available for purchase as downloads or prints by awarded wildlife photographer Diana Andersen from dianaandersenimages.com. For limited edition fine art prints, visit our print shop. For royalty-free wildlife stock, visit our portfolio on Alamy or iStock. 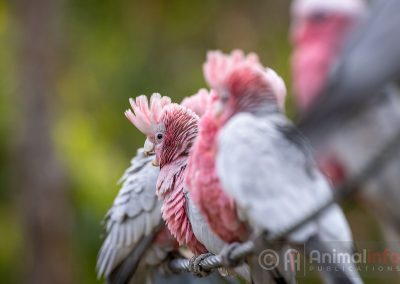 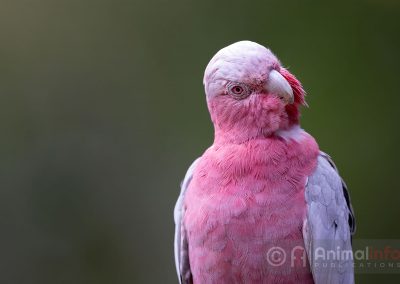 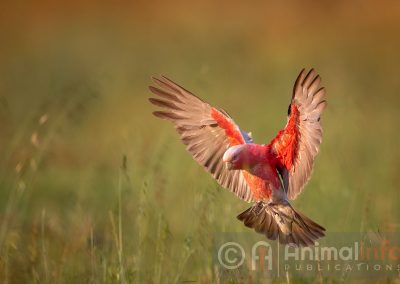 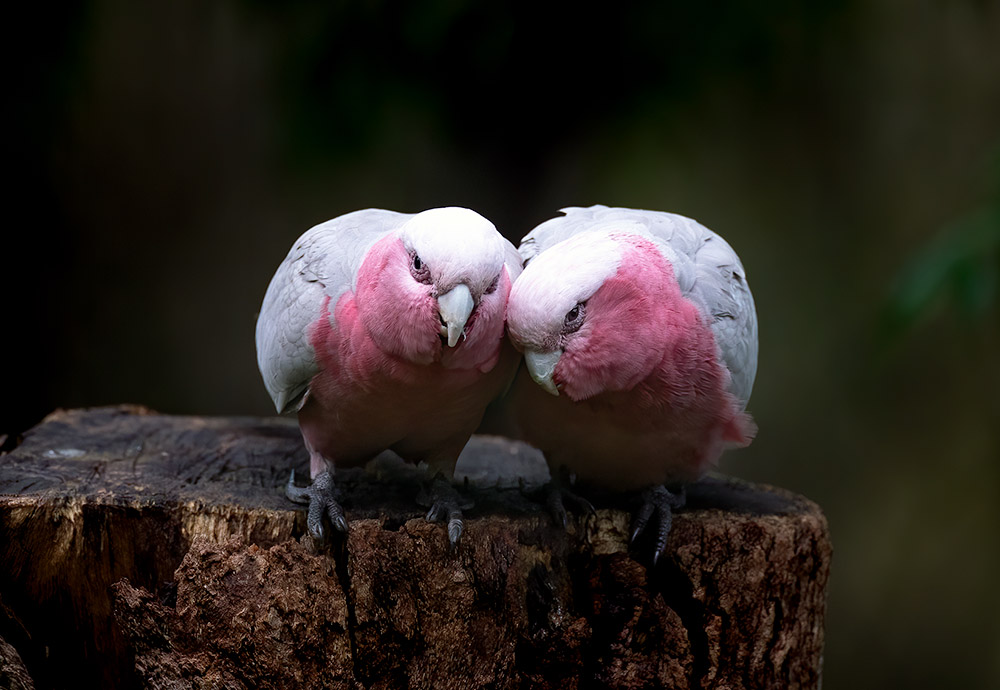 The perfect gift for lovers of the iconic Australian Galah. SHOP

Raucous, rambunctious, playful and mischievous are all words that describe Australia's Little Corellas. They are a  common sight in many areas, including the urban areas of most Australian cities.

Australasian Darters, also referred to as snakebirds, are slender, elegant waterbirds found in Australia's fresh or brackish water sources. They can be seen drying their wings along the banks of rivers, lakes and wetlands after diving for fish and other invertebrates.

Common Bronzewing photo gallery. A solidly built Australian pigeon with beautiful iridescent bronze feathering on their wings in the light. 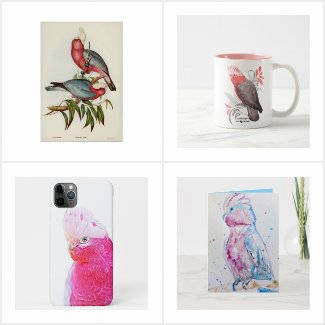