Raucous, rambunctious, playful and mischievous are all words that describe Australia’s Little Corellas. They are a  common sight in many areas, including the urban areas of most Australian cities. Noisy flocks numbering from a few to hundreds, and even thousands in rural areas, can often be seen feeding on the ground and roosting in local trees. However, their playful antics are only appreciated by some. In some agricultural areas, damage to crops caused by their voracious feeding habits has resulted in their achieving declared pest status.

The relationship can be similarly strained for those living next to a popular roosting site for large flocks! Damage to infrastructure such as electrical cables, solar panels, shade sails and antennas has yet to endear them to many residents of urban areas. In addition, their tendency to forage and damage grass and lawns of playing fields and recreational parks has not helped their reputation.

Arguably the most playful of any cockatoo species, Little Corellas play by themselves, with each other, and with objects, or activities, they find in their environment. They will take turns riding on whirlybird roof vents, dangle from wire cables and hang upside down, screeching on almost anything they can find that will support their weight. They are just as quick to argue with fellow flock members over a good roosting or landing spot, or an excellent position to reach water and get a drink. They even squabble over their turn at whatever activity they have discovered to amuse themselves.

Whether you love or hate them, you must admire Corellas’s success in adapting to cohabitation with humans. While many other species, including other cockatoos, are declining in numbers, Little Corellas are increasing.

Taxonomy of the Little Corella

There are three species of Corellas in Australia. The Long-billed Corella (Cacatua tenuirostris) originates in the Eastern States, but there are small feral populations in other states. The Western Corella (Cacatua pastinator) is endemic to Western Australia, and the Little Corella (Cacatua sanguinea) is found in all states. A subspecies (C.s. transfreta) also exists in New Guinea.

There are four subspecies in Australia, though to the untrained eye, there appears to be little physical difference. Flocks may contain multiple subspecies in some urban areas because some birds have escaped from the pet trade. The four sub-species are C.s. sanguinea, C.s. normantoni, C.s.gymnopis, and C.s. westralensis.

Little Corellas are relatively small for a cockatoo species but have a stocky, solid build. Although appearing similar in size to Galahs, they weigh approximately 30% more, with males slightly larger and heavier.

They are predominantly white with suffused orange-pink in front of the eyes and the base of the crest. This colouration results from a tuft of colour at the bottom of each feather. Suffused sulphur-yellow appears in the tail and flight feathers. Little Corellas have a bare patch of blue-grey skin around their eyes, grey legs and a horn-coloured beak.

Little Corellas form a strong pair bond. You often see pairs flying in close formation with each other. They nest in hollow logs like other cockatoos, chewing the interior to provide bedding for the eggs and chicks. Hens lay four to six eggs, but the average successful clutch size is two to four chicks. Both parents share incubation and feeding duties. Pairs breed in winter but can raise a second clutch if conditions are favourable, resulting in chicks fledging in early summer.

Other Names for the Little Corella

Approximately up to 50 years in the wild, potentially longer in captivity. Images in this gallery are available for purchase as downloads or prints by awarded wildlife photographer Diana Andersen from dianaandersenimages.com. For limited edition fine art prints, visit our print shop. For royalty-free wildlife stock, visit our portfolio on Alamy or iStock. 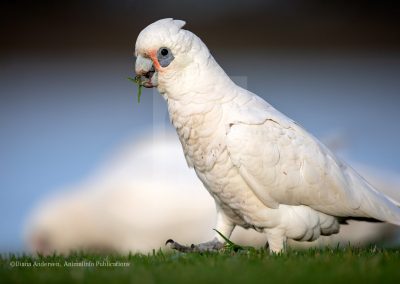 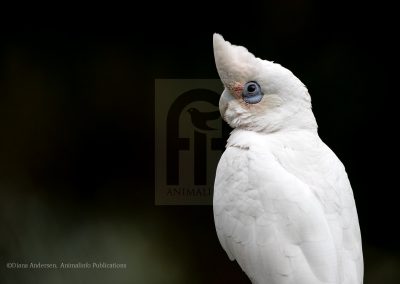 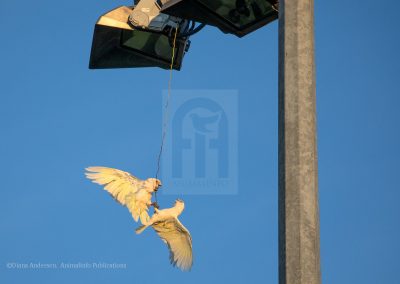 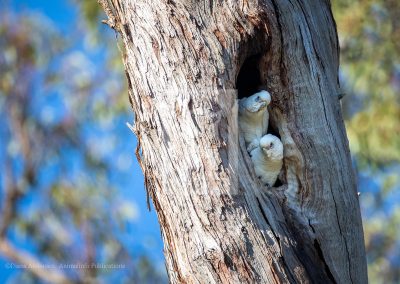 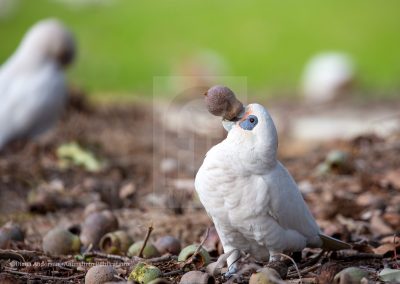 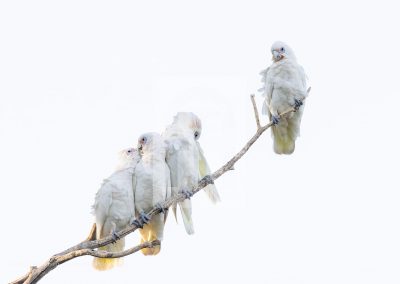 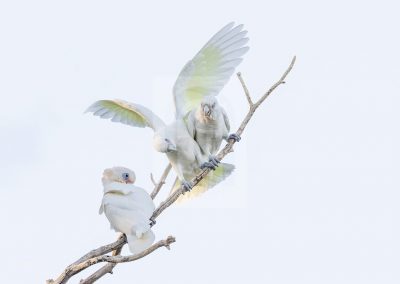 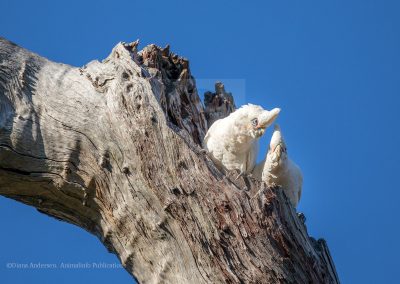 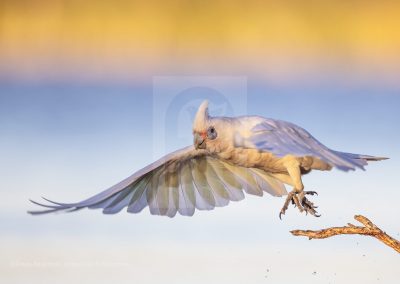 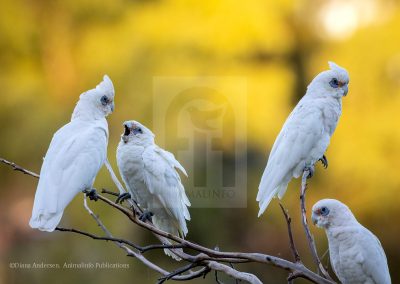 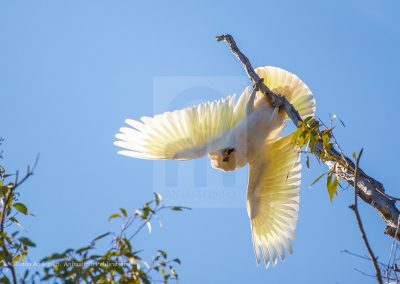 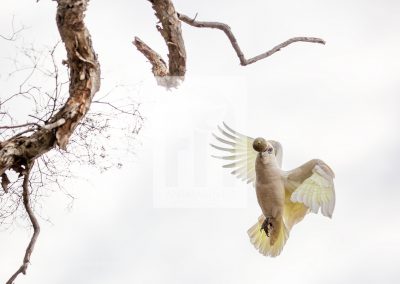 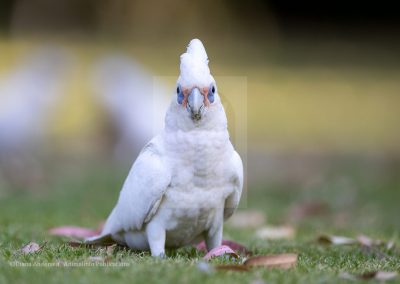 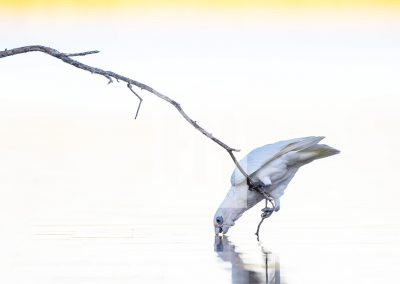 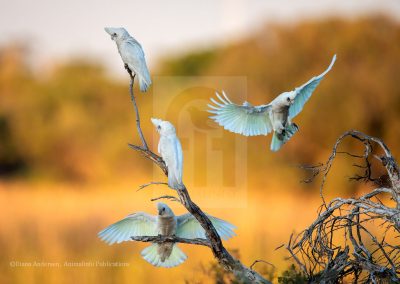 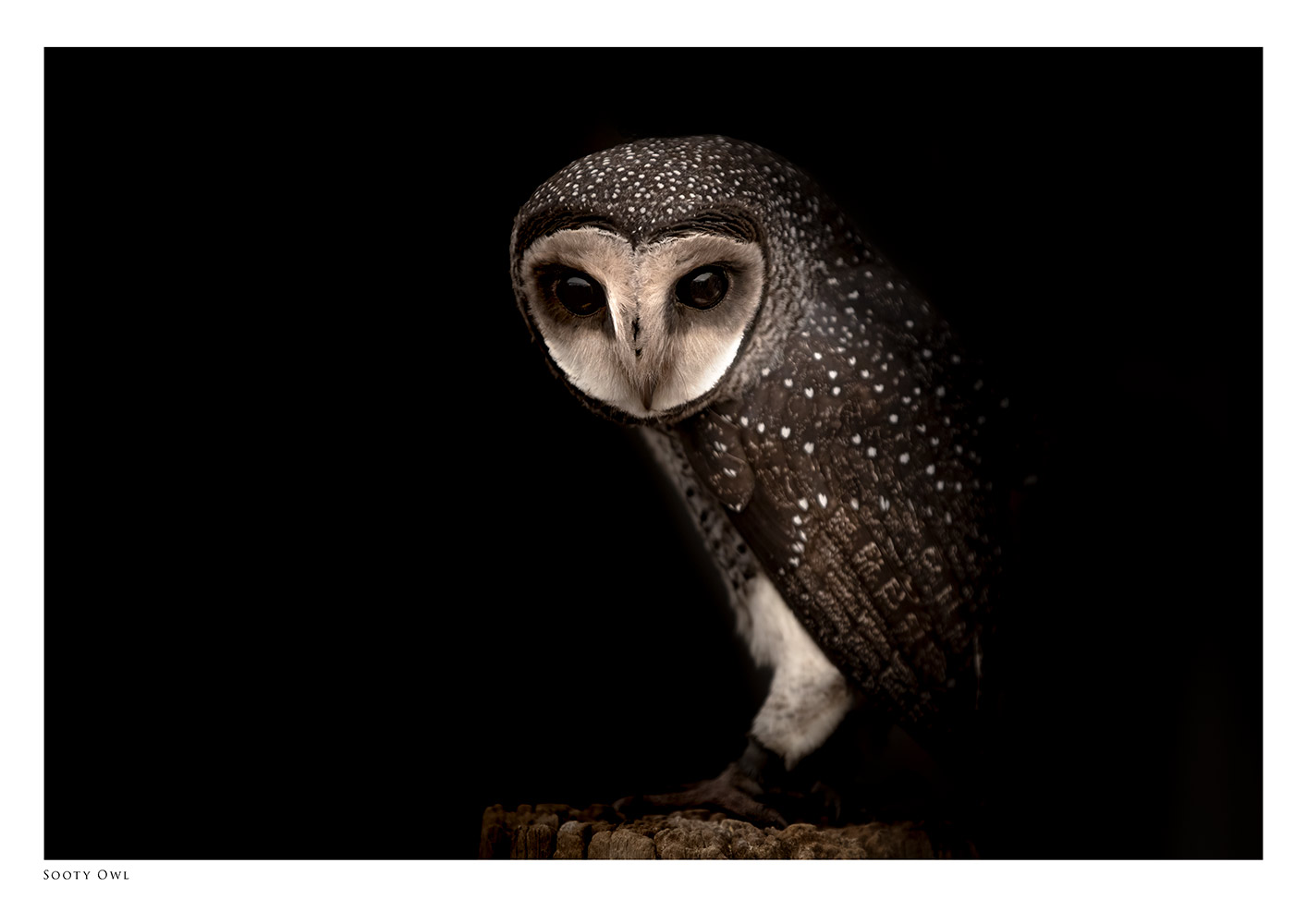 The unique Pink and Grey Galah (Eolophus roseicapilla) is one of Australia's most recognisable birds. Full of personality, Galahs are known for their comical and raucous behaviour.

Australasian Darters, also referred to as snakebirds, are slender, elegant waterbirds found in Australia's fresh or brackish water sources. They can be seen drying their wings along the banks of rivers, lakes and wetlands after diving for fish and other invertebrates.

Common Bronzewing photo gallery. A solidly built Australian pigeon with beautiful iridescent bronze feathering on their wings in the light. 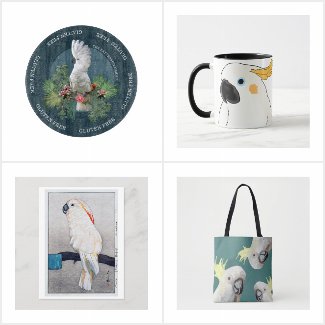